By Karin Bumann Posted on noviembre 27, 2013 in Uncategorized

For the first time in its history, the XV Canary Olympic Sailing Week-Trofeo El Corte Inglés will have the participation of 7 international Olympic classes and two international classes that will compete in two race courses spread over four interesting race days.

Among those registered for the regatta are several Olympic medalists, World and Europe Champions as well as youth teams and promises of many countries from Northern Europe.

Sailors like the British Hannah Mills silver medal at the London Olympics in the 470 class, the German Moana Delle and Maayan Davidovich from Israel fifth and sixth in RS:X W Class in London, English silver RS:X M Nick Dempsey, Irish Annalise Murphy and Alison Young fourth and fifth in Women’s Laser Radial are some of the participants this year .
As for the national teams present at this year’s test, are the strongest teams in Standard and Laser Radial Women of Lithuania, Norway, Sweden, England, Poland and Denmark. In 470, crews from Germany, Italy, Portugal, Russia and Spain will face between them and representatives from Sweden, France, Finland and the Czech Republic.

Joaquín Blanco passes the final series of the Gold group

By Karin Bumann Posted on noviembre 21, 2013 in Uncategorized 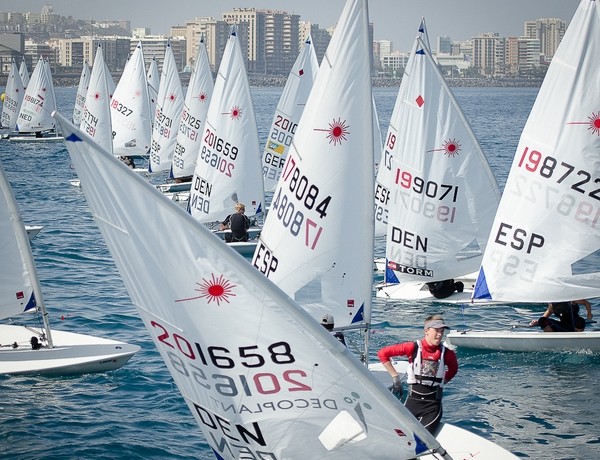 After eight qualifying events on the Royal Yacht Club, sailor Joaquin Blanco Albalat, has qualified in the Gold group after finishing the qualifying heats .
Joaquín Blanco is part of the Royal Spanish Sailing Federation Team that has moved to Muscat in Oman Arab Emirate , to compete in the World Championship of this Olympic class .
At the head of the overall standings right now, is the World sailing legend of the Brazilian Robert Scheidt, who after passing through the Star and an Olympic medal , has returned at 40 years to the Laser class .
The regattas have been physically very demanding, as is usual in the Laser class . The thermal wind generated by the heat of the desert , has ranged between 12-20 knots.
Joaquin Blanco whose best finish has been a 15 in the fifth set, is the 57 in general, but is likely to gain positions . For the next few days is expected less wind on the race course located in the vicinity of Al Mussanah Sports City.
The other part of Spanish team, Jesus Rogel has been unable to make the cut, a BFD on the first day and some prick did not allow him to be among the best.
These two sailors along with other class mates, who are in Oman, will have a new appointment in the Canary Olympic Sailing Week to be held in early December in our Club and that will be a qualifying race for the Spanish pre-Olympic team of this Class.

The first foreign teams began their training at the Club.

By Karin Bumann Posted on noviembre 19, 2013 in Uncategorized 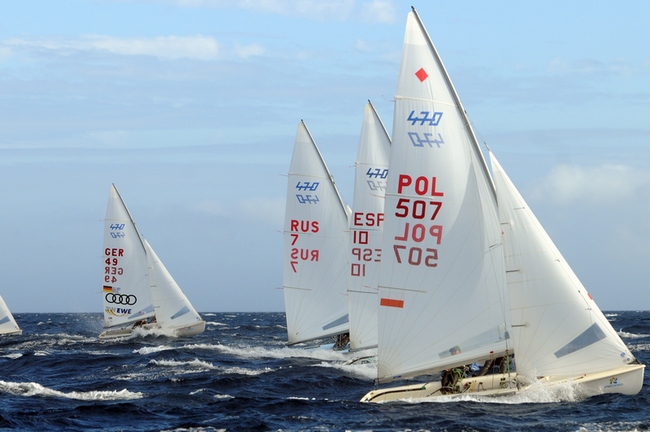 Several crews of 470 sailors from Germany and two sailors RSX women from Germany and Israel, began their winter training at the club a few days ago.
These sailors are added, in this way, to the great Spanish expedition crew of 470 men and women who are attending the “get together” since last October in Gran Canaria.
Among these early foreign sailors highlights the presence of German Olympic Team Men’s 470 Class, the German Israeli Moana Delle and Maayan Davidovich, fifth and sixth respectively in the Olympic Games of London 2012.

By Karin Bumann Posted on noviembre 15, 2013 in Uncategorized

There is a PDF of consent for minor’s participation already available on the «entry page».