By Karin Bumann Posted on febrero 12, 2017 in Uncategorized 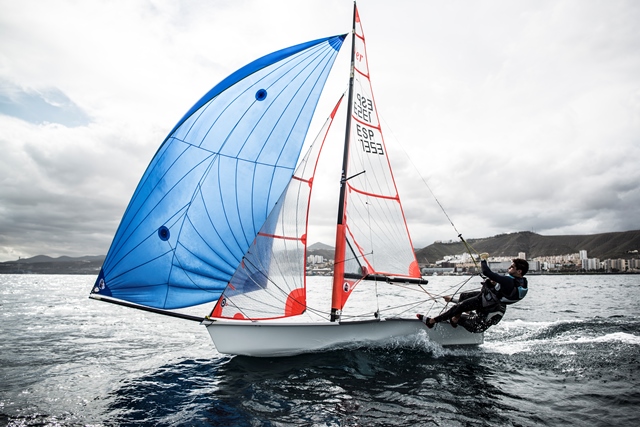 The 140 registered sailors, of 9 nationalities, already say goodbye to the competition today.

The winners are those sailors who achieved, until the last test yesterday, the best scores.

These days of competition have highlighted the athletes with better strategies in the water and more capacity to undergo pressure changes of wind gusts with mastery.

The tests of 420 and 29er have been qualifying for the Spanish Championship that will take place in Vigo, for the class 420 and in Ibiza for the class 29er to be disputed in Easter.

The winners in 420 are Elías Aretz and Pablo García (RCNGC) followed by Wichy Hernández and Nahuel Rodríguez (RCNGC) in second place.

In 29er Andrés Barrio and Néstor Vega (RCNGC) have been placed in the first place, ahead of Alejandro Cantero and Jesus Garcia (RCNGC), within a short distance, after the three matches.

In Radial Laser, come back from the winner of the Miami Sailing World Cup, the Greek Vasileia Karachaliou followed by the Lithuanian Viktorija Andrulyte and Felipe Monje from the Real Club Náutico de Tenerife. On the other hand, in Laser 4.7, Andrea Machado (RCNGC) was first, ahead of Nelly María González (RCNT) and Julio Jordán Bañón (RCNT), with fairly equal in water.

In the catamaran class the Germans were unbeatable, capturing the first four places. In first position Justus Wolf and Maximilian Said, followed by  Robert Schütz and Malte Nickels.

For adapted sailing classes, the performance of Daniel Llaca and Ana Díaz Llaca (RCNGC) in Acces 303 Doble and in 2.4 mR, the skill of the Finns Janne Laine who occupy the first place, in front of his compatriot Anti Kokkala that of Moment is in second position.

A competition that has tested the skill of the great sailors who met in the two championships.