The waters of Las Palmas de Gran Canaria bay are ready to embrace the XV Canary Olympic Sailing Week competition – El Corte Inglés Trophy, which will start this Thursday, the fourth of December in the two boat racing classes held in the capital of Gran Canaria.

The XV Canary Oympic Sailing Week will bring together medallists and olympic diplomas, world and European champions and some of the youth sailing world promises in the 7 olympic and two international classes which will take part in the race. It consists of a team of first-level participants who will make the capital of Gran Canaria the epicentre of world sailing from the 5 to the 8 of December, days when the boat race is taking place.

Special wifi area for our visitors 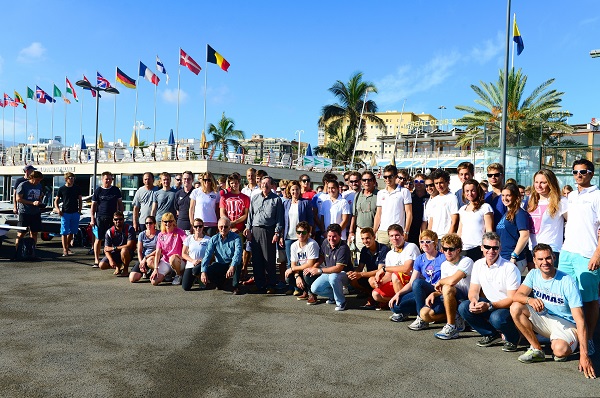 Dear international sailors:
The organization has created a «sailing area” with wifi and seating areas that will be looked after by our restaurant staff and not be subject to the Club restaurant hours. It will have larger tables to eat in groups and may be accessed with sailing clothes.
You may continue to use the terrace of our Club but you should follow the same attire as the rest of the members.
We wish you a happy stay in Gran Canaria.
The President.