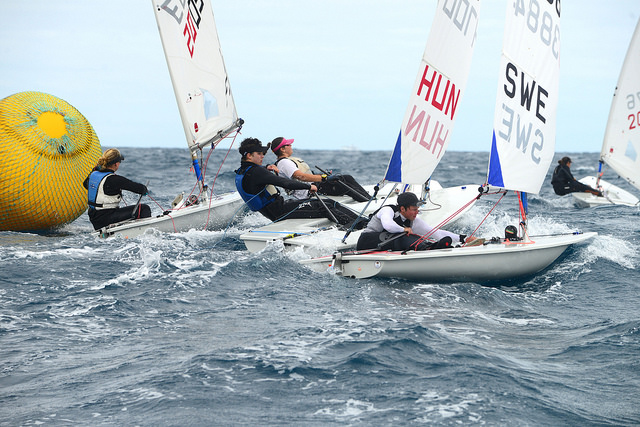 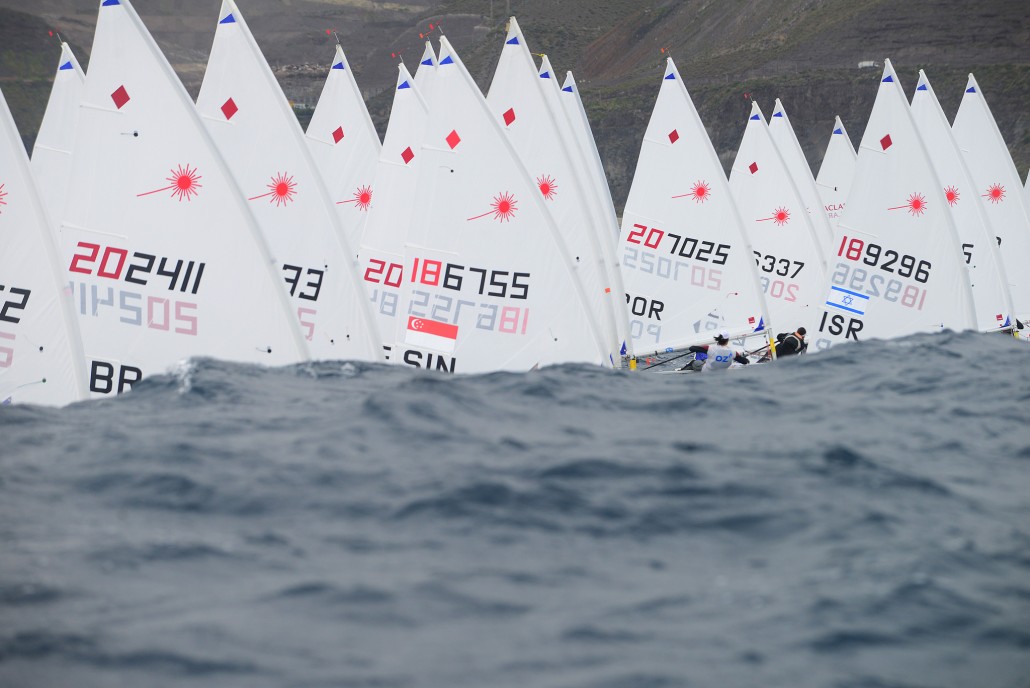 The Carnival Regatta, organized by Real Club Nautico de Gran Canaria, yielded a session marked by difficult weather conditions and changes in the pole positions. This iconic regatta has gathered many world class sailors for the Olympic Games in Rio 2016.

Several leadership changes in Laser Standard class and over 40 disqualifications due to the black flag rule marked Saturday’s race. This race precedes the European Championship that will take place in Las Palmas de Gran Canaria between February 26th and March 4th.

Joaquin Blanco (RCNGC) is the first spanish in position 20, followed by Jesus Rogel with only 4 points separating both of them. Joel Rodriguez (RCNGC) raised to the 28th position after an unlucky first day. Canarian sailors Blanco and Rodriguez are members of the Olympic Team in Laser Standard.

In Laser Radial the Dutch brothers Roelof and Marit Bouwneester keep their leadership with 5 and 6 points respectively.

Alicia Cebrian (RCNT) leads the female Spanish board in Laser Radial at 29, followed closely by her teammate in the Olympic team Martina Reino (RCNGC) in position 32.

Alejandro Bethencourt, representing Lanzarote, is 9th currently in Laser Radial being the first Spanish behind the six women chasing after Roelof. Ismael Iess (RCNGC) finished in 20th position overall, being the second Spanish in the ranking.

This Saturday has been a complicated day, marked by long waves and direction shifts in the wind. Unstable conditions and a rainy day complicated the race course for sailors yesterday. The races are being held in San Cristobal, far down south in Las Palmas de Gran Canaria.

Most of the sailors are facing this race as a final test towards the European Championship, taking perhaps bigger risks from the start -which could explain why there were so many black flag disqualifications.

Julio Jordán, Nelly María González and Carlos Pavillard, all of them representing Tenerife, are leading the ranking in Laser 4.7, which doesn’t have any international sailors. Andrea Machado (RCNGC) finished Saturday holding the 4th position.

This Sunday the race is expected to start at 11:00 and there are 3 races scheduled. The qualifying races have finished and will now divide the fleet in Gold and Silver categories. This afternoon RCNGC will hold an event to give the Trophies to the best sailors.