By Karin Bumann Posted on febrero 11, 2017 in Uncategorized 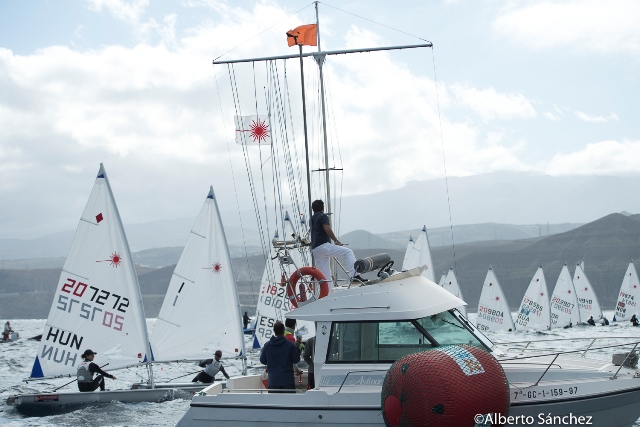 Outstanding performance by Felipe Monje Escolar, Real Club Nautico de Tenerife, in Laser Radial, followed by Viktorija Andrulyte who took the lead during the first two tests of the day but, in the latter, lost the lead. Third is currently the winner of the Miami Sailing World Cup, the Greek Vasileia Karachaliou, who although had a bad start with a sixth in the first leg, but managed to climb positions in the last two tests sailed today.

A competition that has been very close, specially among the sailors who occupy the top positions.

Light rain at times and wind of 18 to 20 knots of the northeast have predominated in the first day of the International Carnival Regatta.

Tomorrow all classes will compete. This event, organized by the Real Club Nautico de Gran Canaria is, at the same time, Championship of the Canary Islands of the 29er and 420 classes and is also qualifying for the Championship of Spain to be held in Cadiz at the end of February.

There are 140 sailors from 9 nationalities who compete in the water and who tomorrow will face somewhat harder weather conditions, with a change in the direction of the west wind and rains that can be intense.