By GCSIW Posted on diciembre 5, 2014 in Uncategorized

With unbeatable weather conditions, winds of 15 to 20 knots increasing at the end of the morning and a 2 metre long wave, racing was under way in 470, Laser Standard and Laser Radial, RS:X 9.5 and 8.5, Nacra17, F-18 and the 2.4mR Paralympic class, which is included in this competition for the first time.

Laser Standard is led by local sailor Joaquín Blanco, who had a first and a sixth place in the two regattas held today.

Dutch sailor Benjamin Wempe has a two-second lead in the two Laser Radial heats raced today and is followed by five Spanish sailors.

Ecki and Tine-Marie Kaphengst are in the lead in Nacra 17, Joan C Cardona (Spain) took two firsts and a second in RS:X 9.5, giving him the overall lead, and the provisional leader in RS:X 8.5 is Holland’s Sam Wennekes. 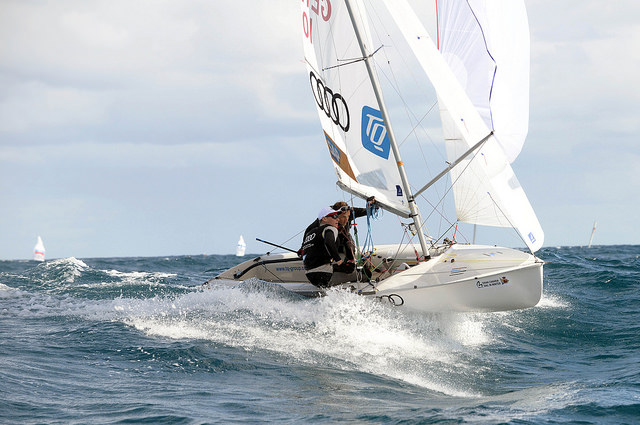