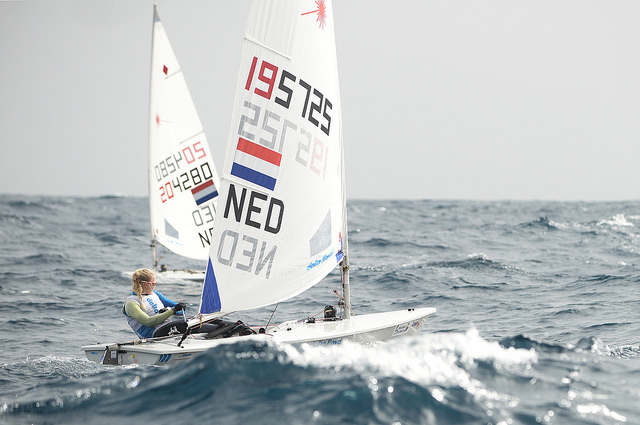 This year’s Laser Europa Cup series starts off in Gran Canaria. From 13-15 February, 80 sailors from several locations will be racing in the harbour of Las Palmas de Gran Canaria, at the start of a pre-Olympic year.

Although the Regata de Carnaval is the final race of this season’s Gran Canaria Sail in Winter programme, it’s the first of the 23 races in the Laser Europa Cup series at 23 venues throughout Europe.

All three Laser class categories will be competing in the Europa Cup: 4.7, Radial and Standard. Real Club Náutico de Gran Canaria is in a strong position in Laser, one of the world’s most popular sailing classes.

Martina is first on the Spanish ranking and is a member of the Spanish pre-Olympic team, although Spain still has to secure its place as a country in both Radial and Standard (the girls’ Olympic category).

This year he’s making his first bid for a place in the Spanish Pre-Olympic team, along with more experienced sailor Joaquín Blanco, who’s ending January at the ISAF World Cup Miami after winning three golds in a row at the start of the season.

Other members of the RCNGC sailing team include Ismael Iess, current runner-up world champion in Laser 4.7, and Luis Cabrera, who came sixth at the 4.7 Worlds in Japan.

Catamarans, 2.4 mR (Paralympic class) and Laser  will also be competing at the Regata de Carnaval.