The nearly 100 sailors competing today encountered winds of 6-7 knots and reasonable waves, in conditions that allowed two of the three scheduled races to go ahead, as winds died down for the final race.

LASER STANDARD
Joel Rodríguez took a strong lead, justifying his place as world youth champion, with first places in the two races held, ahead of Peru’s Stefano Peschiera and Poland’s Jonasz Stelmaszyk. Joaquín Blanco, also from RCNGC and member of the Spanish Pre-Olympic team, is in sixth place with a second and a tenth place.

470
In first place on the classification are Finland’s Rosa Lindquist and Rose Marie Hartman, with second places in the two races, followed by Russians Boris Kucherenko and Alexandr Moskvichev. Third place went to Nahuel and Nicolás Rodríguez, from Real Club Náutico de Gran Canaria. The absence of Onán Barreiros and Juan Curbelo was noted. The pair is currently out of Spain due to other commitments on the international circuit.

2.4 PARALYMPIC CLASS
The Swedes dominated on the first day, with Hans Asklund, Klas Andersson and Per Ahrbom taking the first three places. José Guerra, from Real Club Náutico de Gran Canaria and winner of the Canary Islands Olympic Sailing Week (December 2014), didn’t score in the first race. He’s now in eighth place after a sixth and a fifth, although he could move up with a possible discard tomorrow. 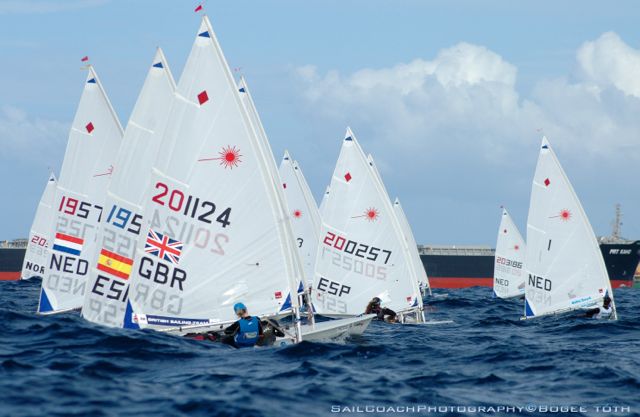