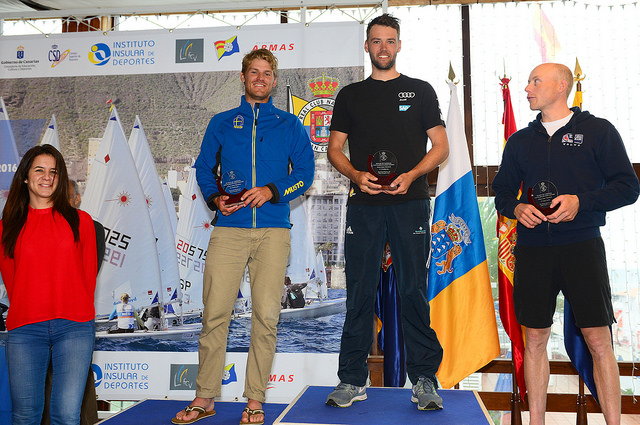 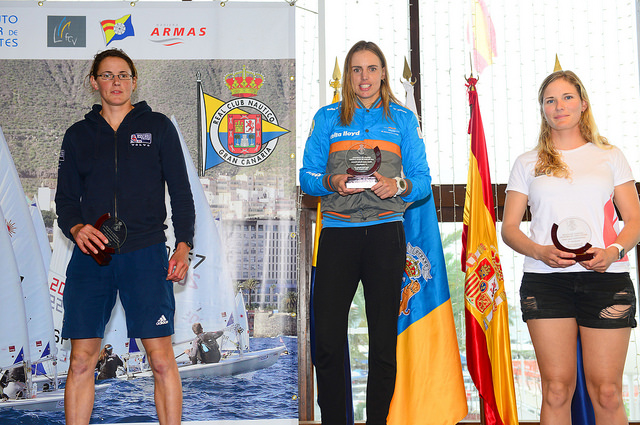 Buhl, Silver medalist in the World Championship celebrated in Kingston (Canada), won in a very close regatta that doubled as a great training for sailors before the European Championship that will take place in the same racecourse at the end of this month.

The last event of Gran Canaria Sail in Winter was marked by hard conditions with shifting winds of 15-18 knots and long waves.

Whilst the leadership position changed after every race in the Laser Standard class -second, third and fourth have only one point difference- in Laser Radial, Dutch brothers Marit and Roelof Bouwneester dominated the entire race from the get go. Marit, Silver Medalist in the London Olympic games 2012, won in the Laser Radial female and her brother won in the male category.

British Alison Young -regular in the winter season in Gran Canaria- earned a second position in Laser Radial, while Dutch Sarah Toftedal got third place, same position she achieved in the World Championship in Miami a few weeks ago.

Martina Reino (RCNGC) unfortunately broke the bottom mast of her Laser Radial due to very harsh wind conditions in the last day and was unable to finish the last two races. Reino is part of the olympic team alongside Alicia Cebrian, first spanish in the raking holding a 22nd position overall.

For both Laser Standard and Radial, this Carnival Regatta has been a great chance to prepare for the European Championship that will take place between February 26 and March 4th in the same race course. The regatta has brought several of the best sailors in the international world ranking to participate in the program Gran Canaria Sail in Winter.

«It has been a great training because we have raced against some players that we will compete against in the European Championship. In this way, we could measure where is the team, measure our strengths and try to improve some areas to get ready for the race in two weeks», stated Canarian sailor Joaquin Blanco.

The Canarian Laser Championship took place simultaneously this weekend. Bethencourt got the Gold, Cebrián Silver and Reino the Bronce.

The paralympic class brings also a second medal for Spain, as RCNGC’s sailor José Guerra got third, while Gold went to Finish Janne Laine and Silver to Finish Jussi Ahlström.