By GCSIW Posted on diciembre 17, 2014 in Uncategorized 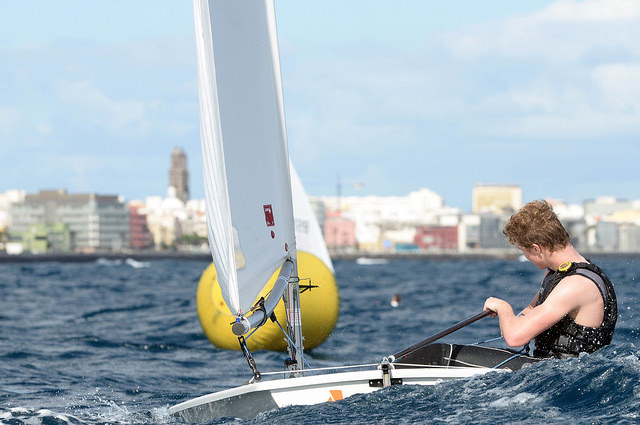 European Region of International Laser Class Association (EurILCA) has chosen Real Club Náutico de Gran Canaria as the venue for its European Laser Standard Senior Championship 2016.
This is the second international Laser class event awarded to the club in a short period of time. From 13 to 15 February 2015, RCNGC will be hosting the first regatta on the Europa Cup calendar, as its “Regata Internacional de Carnival – Ciudad de Las Palmas de Gran Canaria” has joined the series for the first time. This event is part of the Gran Canaria Sail in Winter programme, which makes the island’s capital city a focus for international dinghy sailing every winter.
The decision on the European Senior Championship 2016 was made in Paris at the association’s annual general meeting, which was attended by representatives from Germany, Poland, Israel, Switzerland, Greece, Norway, Sweden, Italy, the United Kingdom, Ireland, Portugal, France, Holland, Belgium, Rumania, Austria, Croatia and Hungary.
The AGM was held at the headquarters of the French Laser Class Association on 7 and 8 December, the same weekend RCNGC hosted its 16th Semana Olímpica Canaria de Vela.
The European Senior Championship 2016 in Las Palmas de Gran Canaria is particularly important because 2016 is an Olympic year. The final two places in this class for the Rio Olympics could be decided in Gran Canaria, although this is yet to be confirmed.
Real Club Náutico de Gran Canaria is strong in Laser, the world’s most popular sailing dinghy.
The current ISAF youth world champions in the boys’ and girls’ categories, Joel Rodríguez and Martina Reino, belong to the RCNGC sailing team. They’re both Spanish champions and Rodríguez is also European youth world champion and winner of the ILCA youth worlds.
Other team members include Joaquín Blanco, outstanding Laser Standard champion of the 16th Semana Olímpica Canaria de Vela; Ismael Iess, runner up in the Laser 4.7 world championship in Japan this summer; Kevin Cabrera; Luis Cabrera; María Cabrera; Yolanda Luque; María José Marichal; and Ivo Marrero, current Canary Islands 4.7 champion and fifth in the latest Spanish championship.
The size of the sail defines the category in the Laser class. The 4.7 has the smallest sail and is a beginner’s boat. After that is the Radial, the Olympic class for girls and the youth class for boys. The men’s Olympic boat is the Laser Standard, which has the largest sail.